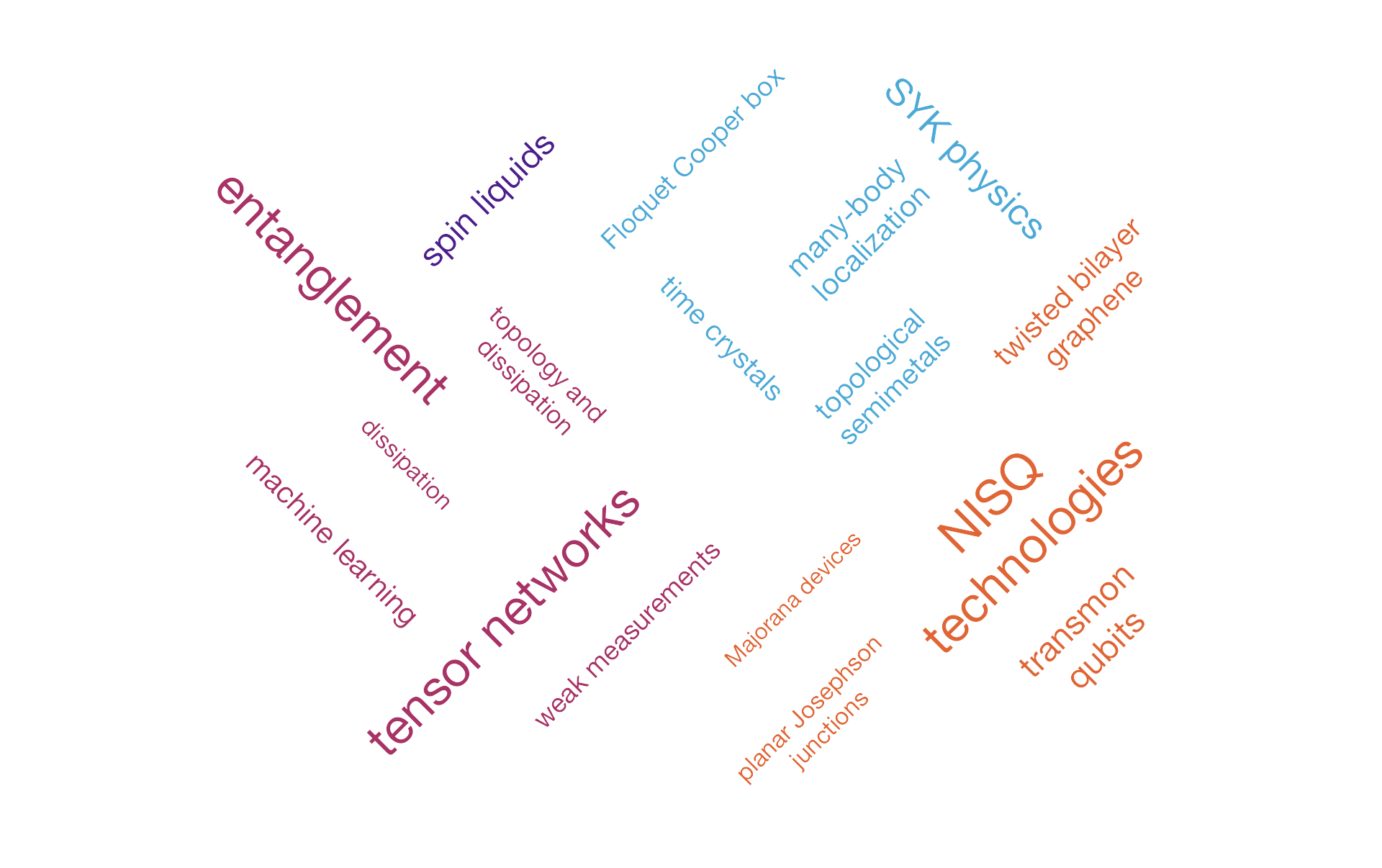 The mission of our collaborative research center (CRC) is to exploit the fundamental laws of quantum mechanics to engineer condensed matter systems that materialize entanglement in a tangible manner. A salient feature of entangled states of matter is that the large number of atomistic constituents in a solid may mutually protect each other against the detrimental effects of decoherence. The emergence of entanglement on such macroscopic scales hinges on the interplay of three concepts, which at the same time define the research of our CRC: (i) Topological quantum matter. Entangled states of large quantum systems owe their existence to protection mechanisms of topological origin. A quantum wave function characterized by a non-trivial topological index – a ‘knotted’ wave function, so to speak – shows a high degree of robustness against the detrimental mechanisms of decoherence. The ensuing stable topological excitations are microscopic building blocks central to the construction of entangled states of matter. (ii) Quantum information. The advent of entangled quantum matter in solid-state realizations has given rise to a ‘hands-on’ approach in quantum information theory. Concepts of quantum information are harnessed in practical settings, such as tensor networks turning into design principles for synthetic quantum devices. Conversely, the experimental reality of noise-related sources of decoherence is addressed by exploring how disorder effects themselves can be used to stabilize quantum information. (iii) Quantum devices. The interplay of the physical ramifications of topology on the one hand, and quantum information on the other, leads to the proposal of novel condensed matter device architectures. Theoretical research on such quantum devices addresses the physics of fractionalized excitations, and specifically their realization in correlated materials, or in micron sized mesoscopic systems comprising semiconducting, metallic and superconducting hybrid elements. These systems serve as platforms for the design of architectures for ‘topological quantum computation’.

Building on the synergy between the three areas defined above, the long-term vision of our CRC is to bring the fascinating physics of entanglement closer to the macroscopic realm. Concrete objectives for the second funding period include an expansion of our consultancy model with experimental groups, addressing foundational questions on the emergence of macroscopic entanglement in topological bulk materials, synthetic quantum devices, and novel platforms such as twisted bi- layer graphene. We will design quantum control schemes for network architectures built from noise-affected qubit devices and develop protocols to actively manipulate topological excitations and the basic units of braiding and quantum information processing. Our CRC runs as a joint venture of the Center of Quantum Devices in Copenhagen (associated node), the Dahlem Center for Complex Quantum Systems, the Cologne Institute for Theoretical Physics, and the Condensed Matter Department of the Weizmann Institute. Thriving from a highly productive interplay of theoretical ideas, fabrication advancements, and experimental validation, the center has quickly established itself as one of the main protagonists in the international effort to design future quantum computation architectures.